Driving Instructions to the Parking Garage

From the parking garage to extension campus 203 N. LaSalle

Chicago Transit Authority (CTA) manages train and bus lines as well. Click here for details and schedules, and click here for a map. Our 100 S. Wacker Drive space is: 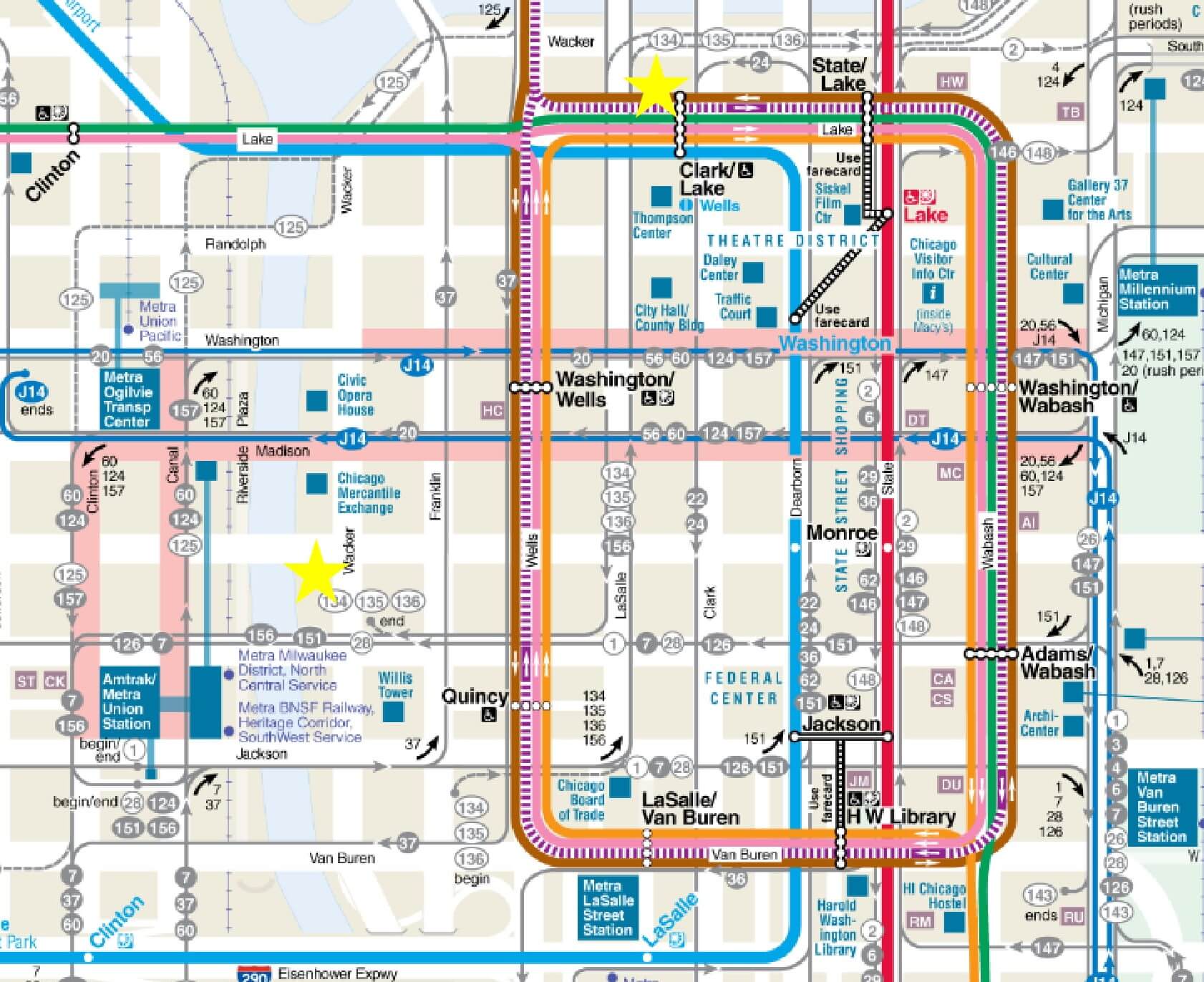