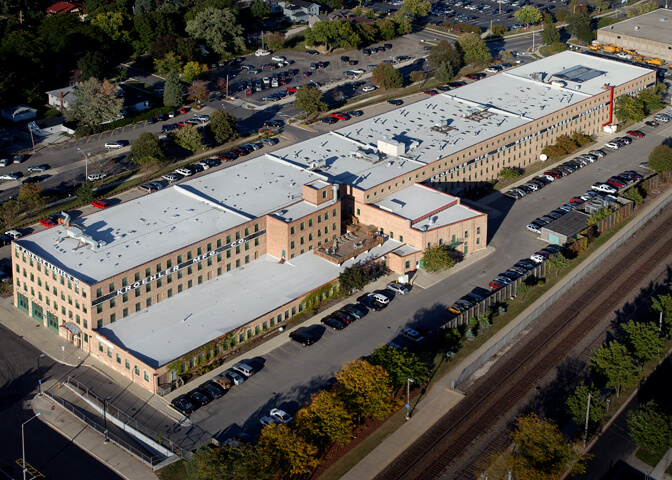 Midwestern Career College has been a member of the Naperville community since January 2013. We are located in the Naperville Historic District at 200 East 5th Avenue, directly across from the Naperville Train Station and a block away from Downtown Naperville. Outside of studying within a historic building, students participate in various events in the Naperville area including the 5th Avenue Station Farmer’s Market, Last Fling, RibFest, Oktoberfest, and Kriskindlemart.

Built in 1913 by Peter E. Kroehler, the 5th Avenue Station originally served as a factory for the Kroehler Furniture Company. The company was the largest employer of Naperville residents until it closed in 1978. Today the building is listed on the National Register of Historic Places and houses multiple businesses along with Midwestern Career College.

Get on I-88 E in North Aurora from N Lake St Follow I-88 E to Winfield Rd in Warrenville. Take the Winfield Road exit from I-88 E Take Diehl Rd, Mill St and W Ogden Ave to 5th Avenue Station.